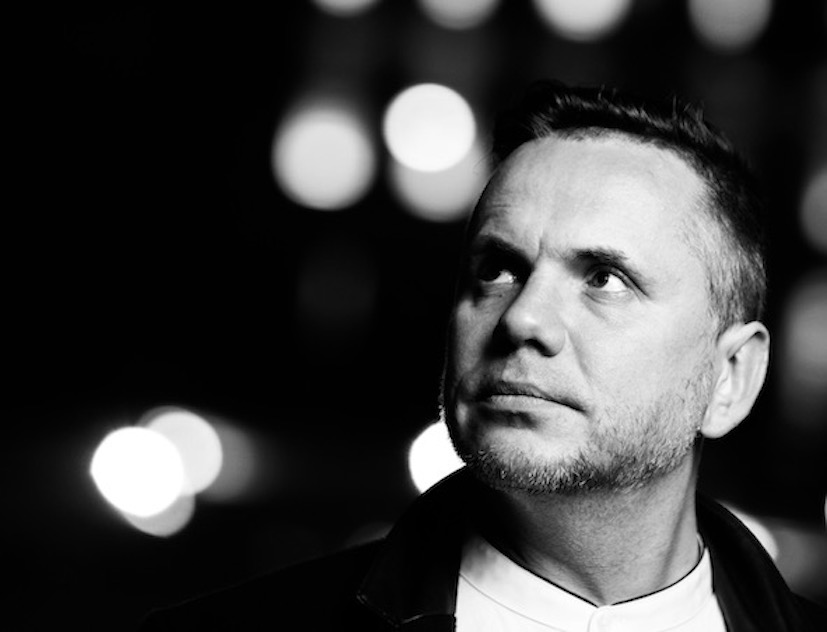 I have followed Andris Dzenitis' path in music with great pleasure and genuine interest. From his first compositions while still a student at the Darzins school, which were quite unusual for a young composer in their depth and sometimes even tragedy, to the masterpieces he creates today. His roots are in Latvia, yet he's participated in European musical processes  in short, Dzenitis has forged his own way ahead. I'd like to call it a mountain climber's path.

Andris Dzenitis is one of the most talented, creative and internationally recognised Latvian composers of his generation. Born in Riga (23.01.1978), Latvia, composer Andris Dzenitis studied at the Emîls Darzins Music School (composition with Peteris Vasks 1993-96) in Riga. His Sonata for Violin and Piano Pamestie (Deserted) was awarded the chamber music prize (1994) by the Latvian Composers Union when he was only 16. As a Herder Scholarship winner he studied composition at the Vienna School of Music and Drama with Kurt Schwertsik (Herder scholarship)(1996-97). Dzenîtis continued his studies at the Latvian State Academy of Music with Peteris Plakidis (1997-99) and then at the Lithuanian Music Academy with Osvaldas Balakauskas (1999-2003) where he also qualified for his Masters degree. He has taken part in young composers seminars at Ivanov (Russia, 1995), Boswil (Switzerland, 1996), and attended mastercourses at Stockholm with Magnus Lindberg, Pär Lindgren and Bent Sorensen in 2002.

Dzenitis is active as a music critic and journalist. As a sound artist coloborated with number of latvian visual atrists among them Olegs Klimovics and Gints Gabrans which instalation Parahypnotic participated in international bienale for arts in Venice (2007). He has presented lectures at the London Guildhall School of Music (2001) and worked as a lecturer at the Latvian Academy of Culture (2002 - 2004), working now as a teacher of compostion and theoretical disciplines at Jazeps Medins Riga music school and other numerous schools in Latvia. He was the organizer and director of the biannual Young Composers mastercourses at Dundaga (2002 - 2006), Mazsalaca (2008, 2010, 2014) and Cesis (2012) in Latvia.

Andris Dzenitis is awarded Eternity prize by latvian copyright agency by most played contemporary pieces (2003 and 2014). His music for movies Workshop in the countryside, Exiled was nominated for national cinematography prize Lielais Kristaps for best music (2004 and 2016) and was awarded the same prize in 2017 for music of movie Firstborn. Seven Madrigals by E.E.Cummings for mezzo-soprano and six instruments is awarded 1.prize in International Jurgenson competition for young composers, Moscow (2005). Dzenitis was also stipendiar of Latvian Ministry of Culture (2004) and was twice awarded Great music prize - highest musical award in Latvia for his Fides.Spes.Caritas (2006) and concerto for saxophone and orchestra E(GO) (2014) and eight (!) times nominated for the same prize in the years 2008 (two pieces), 2009, 2010, 2011, 2012, 2014 and 2017. Postludium. Ice for symphony orchestra awarded musical piece of the year by latvian radio 3 classics in 2009 and received award in culture by latvian national newspaper Diena (2010). Saxophone concerto E(GO) awarded title of musical piece of the year by latvian radio 3 classics in 2014.

Since year 2004 Andris Dzenitis is member of the board of Latvian composer's union. Dzenitis is performing in different electronic projects with his electronic music group Woodpecker project, founded back in 2006.

Since the beginning of our collaboration I have found Andris Dzenitis to be the very model of what a contemporary composer should stand for in our day and age. I regularly perform Andris music because it has a high emotional and artistic message. He writes very well for orchestra, which means that the musicians very quickly understand his structural and musical intentions. In fact, that is precisely why his music is so successful because the public immediately hears music that reaches their hearts and mind and in so doing relate to the collective power of the musical experience. Andris is also deeply committed to helping shape the performance of his works. He has always been present in rehearsals for all the performances I have given of his compositions. This commitment to excellence is another reason why it is a great pleasure to collaborate with him now and indeed in the future.

A new CD "E(GO)" by Andris Dzenitis available on iTunes